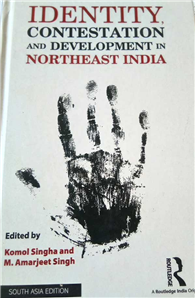 India’s Northeast has long been riven by protracted armed conflicts for secession and movements for other forms of autonomy. This book shows how the conflicts in the region have gradually shifted towards inter-ethnic feuds, rendered more vicious by the ongoing multiplication of ethnicities in an already heterogeneous region. It further traces the intricate contours of the conflicts and the attempts of the dominant groups to establish their hegemonies against the consent of the smaller groups, as well as questions the efficacy of the state’s interventions. The volume also engages with the recurrent demands for political autonomy, and the resultant conundrum that hobbles the region’s economic and political development processes.

Lucid, topical and thorough in analysis, this book will be useful to scholars and researchers in political science, sociology, development studies and peace & conflict studies, particularly those concerned with Northeast India.