About the Centre for Development Studies

The Centre for Development Studies (CDS) was set up as a research adjunct at the Department of Economics, Rajiv Gandhi University (RGU), Itanagar, Arunachal Pradesh, with a generous grant from the Ministry of Finance (Department of Economic Affairs), Government of India in 2013. The objectives of the Centre include the creation of high-quality research infrastructure for students and researchers and faculty members, in addition to sponsoring and coordinating research on various developmental issues having policy implications both at the regional and national level. Publishing working/policy papers on the research outcome of the Centre, monographs and edited volumes are among the key activities of the Centre.

Prof. Amitava Mitra was the founding Coordinator of CDS for a period of three years, followed by Prof. S.K. Nayak who was the coordinator of the Centre for the next three years. Prof.Vandana Upadhyay is the current coordinator of the CDS.In this period of eight years three advisory committee meetings were held. The first meeting was held on 2nd August 2013 followed by the second meeting which was held on 4th May 2017 and the third meeting on 25 February 2019.Prof. G. K. Chadha, former Vice Chancellor of Jawaharlal Nehru University, New Delhi and former economic advisory council member to the Prime Minister of India was the founder advisory committee member of CDS.The three current external members of the advisory committee are Prof. Atul Sarma,former Vice Chancellor, RGU & and Director Indian Statistical Institute and Member 13th Finance Commission, Govt. of India, Prof. S. Mahendra Dev, Vice Chancellor, Indira Gandhi Institute of Development Research, Mumbai and Prof. Alakh N. Sharma, Director, Institute for Human Development, New Delhi.

The Centre for Development Studies has been sponsoring and coordinating research on various developmental issues having policy implications. They are as follows:

For the Capacity Building of Students, Researchers and Young Faculty Members from across the country, various workshops were organized by the Centre for Development Studies. They are as follows:

Most of our research is Field-based and Policy-oriented Collaborative research, based on primary data, interaction with scholars and policy makers through field work, which has enabled us to produce original research output. The research work in the Centre also promotes the regions perspective.Output of the research is always disseminated among the stake holders.There is good scope for further development of the Centre, specially the research area. So far, research was mainly concentrated on the State of Arunachal Pradesh and neighbouring States of the region, but with increasing globalization, the research focus will be expanded to cover the new areas, especially those problems coming because of globalization and of new technology.

The Vice-Chancellor, of Rajiv Gandhi University, Prof. Saket Kushwaha released a book and seven working papers in the Department of Economics. The book titled ‘Hill Economies and Sustainable Development-Emerging Realities’ and the working papers were released in a function held in the Department of Economics, RGU. Prof. Kushwaha appreciated and congratulated the Centre for Development Studies, Department of Economics, RGU and the authors for publishing their research output in the form of working papers. He, however, advised the department for wider publicity of the research output and dissemination of knowledge and to come out with a policy document by pooling of micro researches which can be used by the policy makers in formulating appropriate policy for the economic development of the State.

CDS Book and Working Papers Being Released by the Honorable Vice Chancellor of Rajiv Gandhi University on 17th December, 2020. 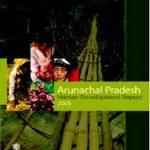 The Department of Economics has the distinction of acting as a nodal Department for the preparation of the First Human Development Report (HDR)of Arunachal Pradesh. The HDR project was coordinated by Prof. N.C. Roy and the other faculty members of the Department were actively engaged in the preparation of this report. It was a report which was based on primary survey conducted in around 5,257 households with 30,762 individuals covering all the districts of the State.  It was sponsored by the UNDP and Planning Commission, Government of India, New Delhi. The final report was released in October 2006. The Report was one of its own kind and hence was much appreciated in the academic circles across the country. 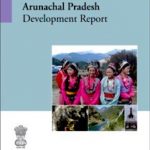 The Department also has the distinction of preparing the First Arunachal Pradesh Development Report. The SDR project was coordinated by Prof. S.K. Nayak and with Prof. Atul Sarma, the then Vice Chancellor heading the Research Team. The faculty members of the Department were actively engaged in the preparation of SDR which was sponsored by the Planning Commission, Government of India, New Delhi.  The final report was released by Deputy Chairman of the Planning Commission in December 2009. The Department has recently completed a study on ‘Evaluation of State Finances in Arunachal Pradesh, sponsored by the Fourteenth Finance Commission. 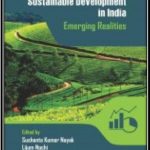 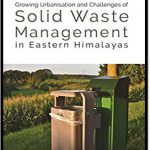 This book has taken into account an in-depth analysis of urbanization, solid waste accumulation and management as well as household willingness to pay for improved solid waste management in selected towns of a state in the Eastern Himalayas, i.e., Arunachal Pradesh. The volume of municipal solid waste is increasing day by day because of increasing population, urbanisation, developmental activities, and changes in lifestyle, food habits and socio-economic activities etc., although collection efficiency and infrastructure are not growing adequately. Considering the advent of the Swachh Bharat Abhiyan Policy in India, this book can be an important document for academicians, environmentalists, environmental economists, professionals, social scientists, researchers, policy makers, planners, administrators, civic community and the general public concerned about urban environmental problems

Economic development of frontier and remote regions has long been a central theme of development studies. This book examines the development experience in the northeastern region in India in relation to the processes of globalisation and liberalisation of the economy. Bringing together researchers and scholars, from both within and outside the region, the volume offers a comprehensive and updated analysis of governance and development issues in relation to the northeastern economy. With its multidisciplinary approaches, the chapters cover a variety of sectors and concerns such as land, agriculture, industry, infrastructure, finance, human development, human security, trade and policy. 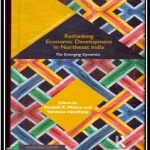 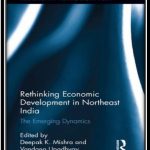 Working Papers of the Centre for Development Studies 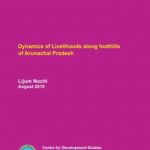 The Working paper focusses on the dynamics of Livelihoods along the foot hills of the State of Arunachal Pradesh. It deals with the various facets of livelihood activities and accesses. It ranges from occupational paradigm to land use pattern, from the household assets to farm practices, from dependence on natural resources to socio-institutional access. Based on the livelihood approach, the study has designed household livelihoods portfolio. It emphasis that the existing structures and processes do influence and shape the outcome of the livelihoods portfolio. The households in securing their livelihoods are faced with the problems of trading off and substitution of strategies and practices, giving rise to multiple least cost livelihood portfolios. In addition to farm activity, there are also set of allied farm activities in the portfolio of the households. The poor households are dependent upon  nature-based livelihood activities such as fishing, hunting and trapping, in addition to gathering and extraction which constitutes an important part of their livelihoods portfolio. The study emphasises that the need of the hour is the right kind of interventions in the form of physical assets and technology at a lower cost for livelihood diversification.

Dr. Anup K Das: “Rental Markets of Farm Capital Goods: A Study of its form, determinants of participation and impact on Agriculture”. 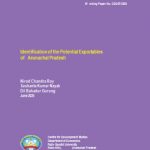 The working paper is a study on the export potentials of the state of Arunachal Pradesh. It emphasises on the fact that the resource endowments in the State are adequate for the expansion of outputs of a good range of commodities. There is a variety of horticultural products and indigenous orchids which can be produced commercially by overcoming the various challenges which the State faces in terms of infrastructural bottlenecks. However, the authors argue, that for this economic vision to be a reality, it is imperative that the producers get remunerative prices for their outputs.