The Department of Mass Communication, Rajiv Gandhi University established in 2004, has a somewhat unique history in that its creation resulted from a fine example of University-Civil Society collaboration. Today, it continues to stand out as an example of a successful synergy between academia and industry.

In the winter of 2003, Professor Atul Sarma, the then Vice-Chancellor of the Arunachal University as it was known, invited senior media persons from the state to a meeting to discuss starting of a course in media studies in the University. Among those who attended were veteran journalists Pradeep Kumar (Editor, The Arunachal Times), Padma Shree Mamang Dai, Shantanu Bhattacharya (APNEI), V. Ravindran (Associate Editor, Dawnlit Post) and Moji Riba (Executive Director, Centre for Cultural Research and Documentation).

During the course of the meeting, he stressed the need to provide an opportunity to students from Arunachal Pradesh to study media, which has emerged not just as the most dynamic social force, but also as an important tool for development and social change. The reach of television, radio and even the local print media had grown manifold in recent years. And yet regrettably, the number of qualified media professionals from within the state was very negligible. The major reason for this was the absence of any tangible media-oriented course in the state and the difficulty of students to access media education outside.

It then becomes important that the thrust of higher education should move towards imparting instruction in media and related subjects in the state itself. The massive expansion in the communication industry has also meant that media offered correspondingly more career opportunities for the youth of Arunachal.

It was particularly necessary to provide media education in Arunachal since it can play a key role in its development trajectory. And a body of media professionals trained in the state itself would best serve this need, as they would be able to understand and respond to its unique socio-cultural dynamics.

A decision was taken that initially a Post Graduate Diploma would be started; and since the University did not have a Faculty of Communication at that moment, it would pool resources with some institution of repute working in the field of media to design and operate the course till the University established its own department.

It was with this background that the University entered into collaboration with the Centre for Cultural Research & Documentation, Sammanoy Gut Cooperative Society Ltd, a leading research organization working in the area of cultural documentation, to start a course in Mass Communication.

The decision was followed by a series of consultations in preparation of the structure and course materials, beginning with a meeting on 25 February 2004. Subsequently, on 2 July 2004 the Registrar of Arunachal University Dr. T Nyori formally invited the Executive Director of CCRD to actively co-ordinate the entire course and a MoU was signed between the two institutions.

With this, the Arunachal University introduced a Post Graduate Diploma in Mass Communication (PGDMC) in the academic year 2004-05, with Prof. Tomo Riba (then a Senior Lecturer in the Dept. of Geography) as Administrative Coordinator. Moji Riba, an alumnus of the AKJ Mass Communication Research Centre, Jamia Millia Islamia, New Delhi and one of the pioneering documentary filmmakers of Arunachal was assigned as the Academic Co-coordinator and entrusted to build up the department.

The body of veteran journalists who attended the preliminary meeting were invited to be Visiting Faculty members of the course, a role that they committedly execute till this day.

Today, the department is able to cater to a catchment area of not just the entire state of Arunachal Pradesh, but also from neighbouring Assam, Nagaland and other north-eastern states.

The Department has procured its own production and other media equipment and has built a strong reputation for its approach to hands-on training of students. This is achieved by engaging the students in the production of films, newspaper editions, radio programmes as well as online publications. The emphasis is as much on a theoretical understanding of media concepts as on applied media.

The permanent building of the department with its own television studio, preview theatre and conference hall is under construction in the University campus.

Today over 80% of all professionals in the state media are alumni of the department, both in electronic and print. Our students have also found placements in BBC, DDK, AIR and some are operating their own video production houses and event management firms.

Master of Arts in Mass Communication 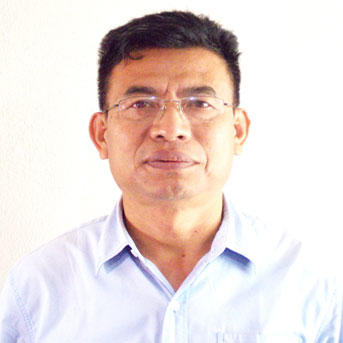 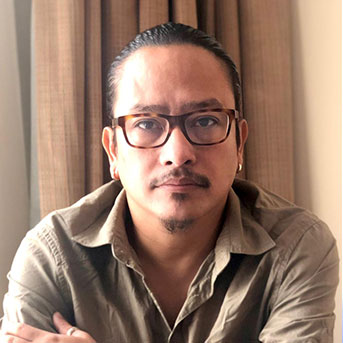 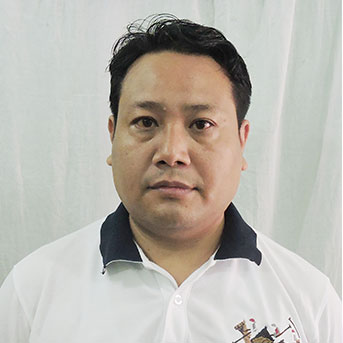 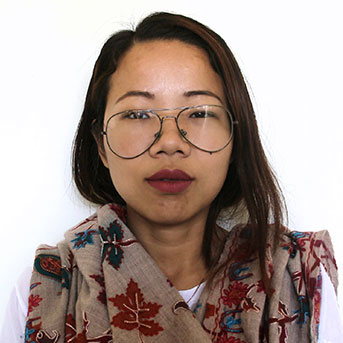 The proposed Three-Day Trans-Disciplinary International Conclave on “Universal Happiness in Post-Truth Era –
Market, Media, Technology, and Global Well -Being: An Educational Perspective for Gen-Next” intends to sensitize the
different stakeholders of the society and educational system on multiple dimensions of the issue at hand. For more information please visit HERE

Workshop on the theme ``Computer and its Applications:A Business tools for self-reliance among Youths``

Online workshop on the theme “Computer and its Applications:A Business tools for self-reliance among Youths”

India: the world largest democracy firmly believed in its fourth Pillar: The Press/Media. A vibrant democracy is one wherein there is active participations from its citizens. The amount of interactively it caters to its citizen measures the kind of its satisfaction to the policy and programmes which are specially designed to bring the desired change. ( 24th – 25th February, 2022). Organised by Rajiv Gandhi National Institute of Youth Development,Ministry of Youth Affairs & Sports in collaboration with Dept. of Electronic & Communication Engineering & Dept. of Mass Communication.For more information please visit HERE

The Department of DIPR Govt. of Arunachal Pradesh in collaboration with the Department of Mass Communication, Rajiv Gandhi University proposes to organize a two-day PR conclave on the theme ‘Public Relations Practices in the Age of Digital Media: Exploring  Challenges, Possibilities and Strategies’ on 7th & 8th February, 2020

The Department of Mass Communication, Rajiv Gandhi University is organising two days national seminar on “Media Representation of Northeast India: Looking Back and Looking Forward” on 7th & 8th june 2019. The seminar is sponsored by Rajiv Gandhi National Institute of Youth Development (RGNIYD), Ministry of Youth Affairs & Sports, Govt. of India, Sriperumbudur, Tamil Nadu. The seminar intends to bring together people from academia, industry, government agencies, and NGOs under one platform to discuss and deliberate on the subject of media representation of Northeast from within and outside.

Alumni Celebration held on 5th October 2015 in the RGU campus.

photo taken by the students of Mass Communication

Muscular Behavior and Force Generation in Long and Triple Jump